Young African Entrepreneurs and the Next 6000 Days.

Africa will need to massively and rapidly scale up its investment in entrepreneurial youth if it is to have a chance to seize the demographic opportunity – time is running out. The demographic window is closing in just 6000 days for a number of African countries.

Over 60% of the African population is already under the age of 25. Whats more, in a few years, the vast majority of the continent will be young. Very young. There is a lot of excitement that is generally associated with such a youth bulge- innovation, a large workforce, youthful productive energy and so on. The demographic dividend does seem an exciting prospect for Africa’s development.

The dividend, however, is not automatic, and some countries are lagging considerably on the demographic transition. In Africa, population growth outpaces investment into wealth enablers. A 2018 World Bank Report indicated that although global wealth has grown over the past 20+ years, all is not well. According to the report, the share of global wealth held by low-income countries, mainly in sub-Saharan Africa, barely moved from less than 1% throughout the period 1995 to 2014, even as those countries’ share of world population grew from 6% to 8%.

UNICEF also reports that the continent’s per capita income could quadruple by 2050 if investments in human capital were complemented by policies that foster job creation. The challenge is making those investments.

One of the hard to dispute investments to be made is in the entrepreneurial capacity of the continent. Further to that, that investment into entrepreneurs needs to increasingly target younger entrepreneurs. For now, venture capitalists and other similar investors have the option of not investing in younger, riskier, less experienced entrepreneurs. The returns are just not worth the effort.

The catch is when we run out of a large pool of older entrepreneurs to make investments into, will we just stop investing? probably not. One of the things we then need to figure out is how do we do this differently? do we perhaps invest in a portfolio of entrepreneurs instead of a few big tickets? We need to figure out the answer to this and more questions now. 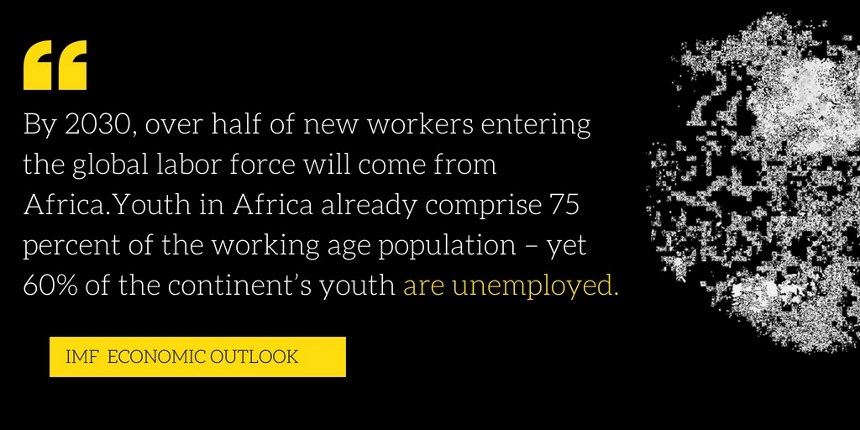 2. They will hire their peers

“Young entrepreneurs tend to employ their peers,” notes Josh Adler, Entrepreneur &Vice President of Global Programs at African Leadership Academy, “So for every entrepreneur that you develop, you’re actually creating at least 10 times more employment opportunities.” This positive knock-on effect is just one that has major implications for the increasing challenge of rising youth unemployment globally, and in Africa in particular.”

Whilst there are variations in the classic pattern of peers hiring peers- it should go with little doubt that at a time where most of the population (and entrepreneurs) are young, most of the workforce will be young, and the more jobs there are, the more opportunities for the young. It’s simple. 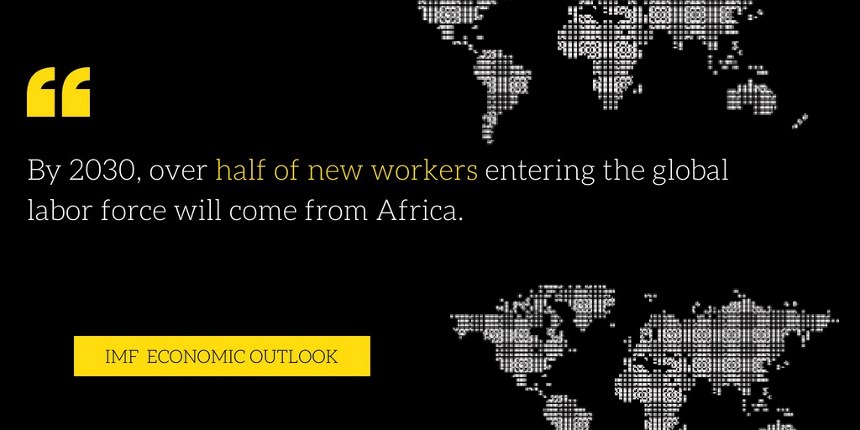 3. We need to fast-track our learning on effective support for these particular entrepreneurs

To reap a demographic dividend, Africa will need a combination of political will, clear and sound strategies, enhanced implementation capacity and adequate financing. The truth is, all these changes are happening alongside rapid acceleration in technology and other global changes we continue to wade through. The unfortunate reality is that we are horribly ill-equipped to cope with both rapid change whilst trying to leapfrog into a better future. We are on the cusp of a great revolution and we probably know as little as any 16th-century pundit would have known about the then approaching industrial revolution.

We are at a huge advantage, though. We have more access to more and more resources than most generations before us. We have vast amounts of data, knowledge, and connections with a large network of organizations and individuals committed to the prosperity of the continent. We need to run experiments that try to figure out what works for the future we are going into. Long-winded deliberations won’t cut it. We have 6000 days, very soon it will be just a 1000 days, a few months, a week. We need to act now. 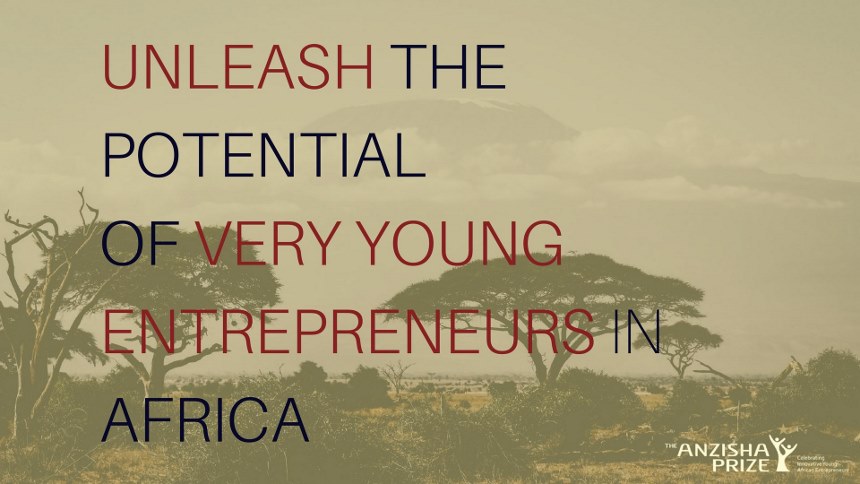 The Anzisha Prize imagines a future where there is a significant number of job generative very young entrepreneurs (15-22). These young entrepreneurs each hire at least three of their peers are local role models who inspire other young people to become entrepreneurs. Their environment enables them to do so because the most important influencers around them such as parents, teachers, and policymakers support their pursuit of entrepreneurship in every way possible. Our team has wide experience in a range of sectors including entrepreneurship, education, technology, international development, non-profit organization management & management consulting.

« 5 Critical Lessons for Supporting Youth Entrepreneurs and Leaders Through Movements
Parents: The Forgotten Players in the Entrepreneurship Ecosystem »
We have a dedicated monthly newsletter for educators and supporters of very young entrepreneurs.
Subscribe to Anzisha Prize Perspectives Today!